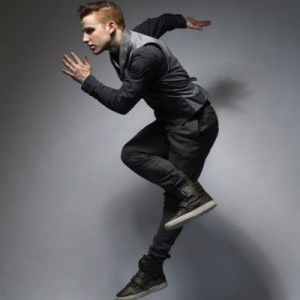 We are so excited to announce that world renowned, Mitchel Federan will be coming to Elite Dance Force from December 11th-13th where he will be teaching jazz and cotemporary. This workshop is open to the public. All dancers in Sault Ste. Marie and elsewhere are welcome to attend! Call 705-450-3335 to register now!

Mitchel Federan is an accomplished teacher, choreographer, dancer, actor, and singer. He has studied in a multitude of different genres including Tap, Jazz, Lyrical, Hip Hop, Modern, Contemporary, Ballet, and Acrobatics. Though he started competing at age five, he quickly put his competition life on hold to begin a professional career in the Radio City Rockette Show in Mexico City at the young age of seven.
Following this experience, Mitchel went on to be in the National Tour of Annie Get Your Gun (starring Marilu Henner and Rex Smith), The Music Man on Broadway (starring Rebecca Luker and Robert Sean Leonard), and The Boy From Oz on Broadway, which he starred in opposite Hugh Jackman. During this time, Mitchel racked in various television credits such as a role on ABC’s All My Children, an appearance on 8 Simple Rules, The Macy’s Day Parade, Good Morning America, and starred in two pilots for ABC’s Just A Phase. Mitchel was nominated for two “Outstanding Featured Actor In A Musical” awards and won a Theatre World Award for “Best Broadway Debut” in 2004. Mitchel achieved every one of these credits before his thirteenth birthday.
After living in NYC for two years, Mitchel returned to his hometown in Ohio and continued his dance training. It was at this time that he was introduced to teaching and choreographing. Since then, Mitchel has won many choreography awards for his work along with many high scores at competitions both regionally and nationally. He won the Choreographer’s Shootout at the Shootout Dance Experience and was hired to teach Contemporary & Jazz for this convention in 2009. He casted and choreographed a music video for Pixikill’s single “Chameleon” in 2010. The following year, Mitchel was hired to work full-time at The Grier School in Tyrone, PA where he taught dance to hundreds of international students five days a week.
Mitchel created his own dance company, Versatile Dance Company, to give dancers a new level of education and training in Ohio. This dance company is non-profit, and through Mitchel’s choreography in all different styles, they perform shows to benefit local charities. VDC has raised over $65,000 in the past five years, all under the artistic direction of Mr. Federan. Visit his website at MitchelFederan.com.